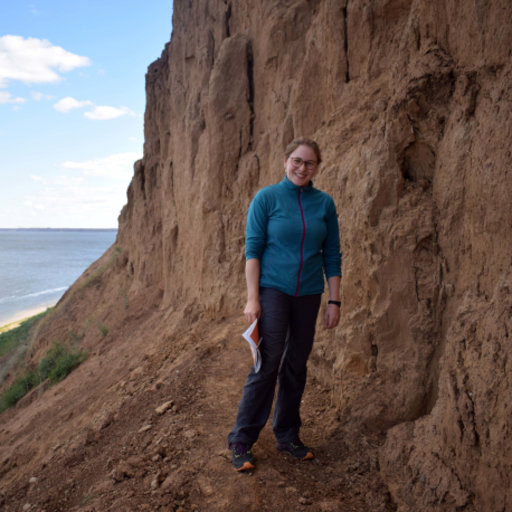 Loess deposits are excellent past climate and environment archives and contain records of aeolian mineral dust accumulation. Loess deposits stretch across Eurasia and sequences along the Lower Volga in the Northern Caspian lowland in the South East European Plain represent a key link between European and Asian loess. They were deposited during phases of Caspian Sea sea-level low stands in the Late Quaternary and are confined by deposits of marine sediments from transgressive phases. These sea-level fluctuations of the Caspian Sea and their driving factors are not well resolved, and one obstacle is the lack of palaeoclimate information during phases of sea-level low stands. In contrast to the marine sediments, the continental deposits are understudied and the origin and formation of the material is debated. As a consequence, loess along the Lower Volga is often left out from palaeoclimate reconstructions in the region. This thesis aims to resolve the origin, formation and post-depositional modification of this loess and determines its aeolian origin. Provenance analyses show that Lower Volga loess particles were formed due to glacial grinding and were transported over long distances via rivers prior to near-source aeolian deposition, where the loess experienced phases of pedogenic and cryogenic reworking. While no temporal changes in material supply can be identified for Lower Volga loess, a remarkable spatial variability is seen in dust sources over the wider East European Plain and in the South Caspian Sea region. This variability is linked to material input from multiple local sources, while the larger material supply to the region has broadly similar provenance and derives mainly from areas of continental and mountain glaciation, transported via rivers prior to aeolian deflation. This thesis explores the potential of Lower Volga loess for palaeoclimate reconstructions in Eurasia, and shows a generally cold and arid climate in the Northern Caspian lowland during the Late Quaternary Caspian Sea regression, with strong dusty winds, punctuated by slightly more humid and/or warmer periods. The thesis shows that enviromagnetic methods are suitable for palaeoclimate reconstructions from such cold climate loess, as long as several methods are applied in combination and interpreted appropriately. It also provides information about the magnetic fabric of Lower Volga loess. The findings of this thesis in broader implication show that the Caspian Sea level is only secondarily influenced by local-regional climate variation and that Quaternary Northern Hemisphere glaciation is the primary controller via river discharge to the Caspian Sea.